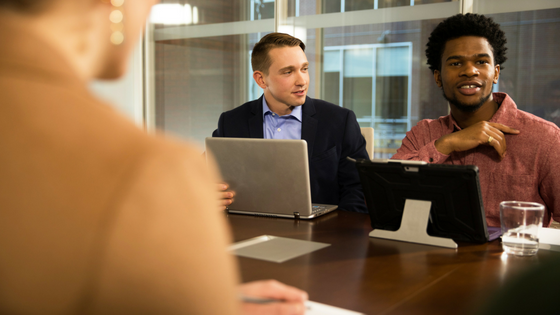 This post is the sixth installment of “Laying Down the Law” – a series where our attorney friends at Troxel Fitch give legal advice for budding entrepreneurs. View the previous post about Convertible Debt and How it Can Save a Financing here.

For most entrepreneurs, making your first new hire is an exciting time.  It means that your business is growing, and you are in a position to spend money on sustaining that growth.  However, you probably aren’t sitting on a huge pile of cash, so you want to acquire this help in the most efficient way possible.

This is where the decision of whether to hire employees or use independent contractors becomes relevant.  While using independent contractors can be attractive to early stage companies due to the low costs and ease of engagement, there are serious risks involved as well.  In this installment of “Laying Down the Law,” we’ll cover what you need to know to make the correct decision regarding employee classification, and provide examples of the severe penalties that one can face if you get it wrong.

To begin, let’s explore the underlying reasons for the different classifications, and the objectives behind them.  In the most basic sense, employment law is a product of employment disputes.  Long ago when labor strikes were common and unions were prevalent, employees had to fight tooth and nail for any protection they received from the government, like they did here.

Programs such as social security, unemployment, overtime, and maternity leave are all benefits that were granted to employees after much struggle because the government recognized that in our capitalistic economy, employees were vulnerable to manipulation, abuse, and divergent bargaining power.  It was precisely this vulnerability that led the government to step in and grant protections to employees.  Remember this: the government seeks to protect those who are beholden to their employer and vulnerable as a result.  If the risk of manipulation and abuse is low, the government is less concerned.

Now, moving on to each in turn…

If you’re reading this post about startup law, chances are you already know what an “employee” is in the general sense.  It’s a person who works for another and is paid for their labor.  Most of us have been employees in the past, and our understanding is shaped by our experience.  However, from the perspective of an employer, the concept of an “employee” encompasses much more.

When you officially hire a person as an employee, you are not only responsible for their wages, but are also responsible for (1) income tax withholdings, (2) social security taxes, (3) Medicare taxes, (4) unemployment taxes, (5) minimum wage compliance, and (6) overtime requirements.  In addition, employees might have access to any benefit plans offered by the employer, and are entitled to medical leave, and in some states, paid vacation.

There are quite a few strings attached to “employees,” but in exchange for all of that, you get control.  As to an employee, an employer may require anything that is lawful, with unlimited specificity.  An employer can mandate that an employee arrive at 7:59am on the dot every morning, that they use a specific font in every email, and that they only take a specific route to the bathroom.  As outlandish as these examples are, it goes to show that an employer may control the behavior of an employee to the Nth degree.

Independent contractors are commonly used in business as a substitute for an official employee.  Unfortunately, they are also frequently misclassified, which can lead to severe penalties.  For those in the proper position to use independent contractors, they can be an effective and efficient way to acquire the help you need.

Finally, the nature of the relationship affects how the worker is classified.  In determining the correct classification, courts and agencies will analyze what the parties believe the relationship to be.  If the contractor has always taken the employer’s direction, uses his logo, and hasn’t incorporated his own company, he may be an employee even if he thinks he’s a contractor, and even if he’s signed an independent contractor agreement.  It doesn’t matter what a worker thinks they are or what an employer calls them.  It is the true nature of their work that determines whether they are an employee or an independent contractor.  The IRS provides additional guidance on this topic here.

Remember our discussion above about employee vulnerability and manipulation, and the government’s desire to protect them?  This is where that becomes relevant.  The government wants to protect employees, and if you’ve been hiding someone from them under the guise of an “independent contractor,” they won’t be happy. lay

In the government’s view, an independent contractor who should really be an employee has been robbed of all their benefits, and the government will make you provide them.  Therefore, if you get caught misclassifying workers, the government will make you pay (1) income tax withholdings for the entire period of the worker’s engagement, (2) overdue social security taxes (3) overdue Medicare taxes, (4) overdue unemployment taxes, (5) minimum wage compensation, (6) unpaid overtime, and (7) tax penalties on everything you missed.  And those are just the fees!  You could also face disciplinary action from the Department of Labor or local regulatory agencies.

If you get it right, the government doesn’t view independent contractors with their own financial and behavior control as vulnerable as others, so the protections are not necessary.  However, many get it wrong.  As convenient as using independent contractors can be for some, that benefit is immediately wiped out if you do get it wrong, so your best bet is take the time to get it right.

Getting it right can be complicated, and it’s often wise to consult a business attorney when you are planning to hire.  This has been a brief overview of the major concerns, but there are more risks to avoid, and potential benefits to obtain, with a proper analysis of your unique situation.  If your business is in a position to grow and hire, don’t put that growth at risk with hasty hiring practices.  The law firm of Troxel Fitch can help you navigate these waters when the time comes, so get out there and grow! 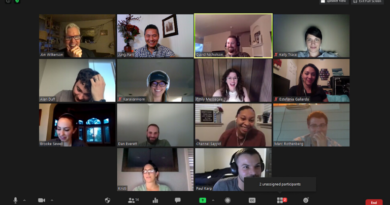 From On Campus to Online: How Jung Park Adapted His Personal Branding Class for Remote Learning 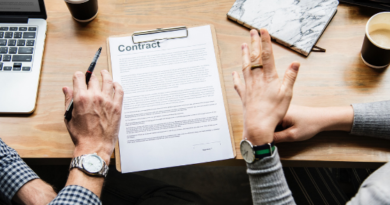 Laying Down the Law: Do I Need an Operating Agreement? 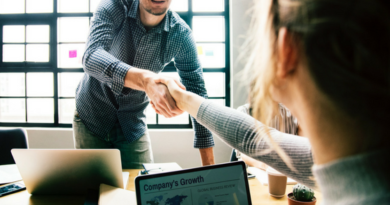 3 thoughts on “Laying Down the Law: Hiring Employees vs. Independent Contractors”